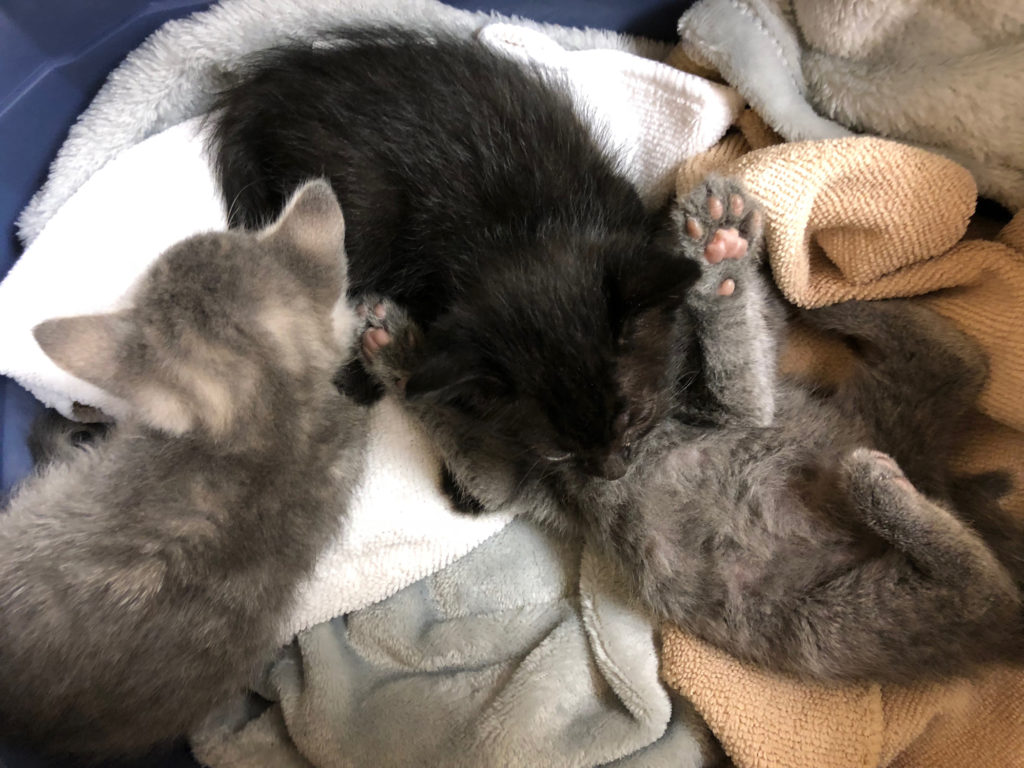 Stress is something we’re all familiar with. And like many, I subconsciously encourage mine with that little voice in my head that urges me to run around like Chicken Little, screaming, “The sky is falling” (whether it is or isn’t).

This kind of negative self-talk can lead me to all sorts of unsavory places. In fact, it was this pesky inner voice that kept me gaining excess weight for years and years. Stress and turmoil were the excuses I would use to overeat to the point of threatening my health, which led to my tipping the scales at over 450 pounds upon college graduation.

As loyal readers of this blog know, I eventually tempered the voice in my head and lost over 250 pounds of excess weight (and have kept it off for almost two decades). But every now and then that “Everything is wrong” voice tries to make a triumphant return. Just turning on the news, discussing diverse political views or simply pulling into rush hour traffic can amplify the voice, which ultimately encourages self-sabotage of one kind or another.

So after following animal advocates including Beth Stern on Instagram for years, I decided I was going to help the world in a small, small way… By fostering kittens that had been separated from their mothers and, otherwise, might not have a chance of survival. As some may know, with warmer weather being more prevalent, “kitten season” is lasting longer and longer. And if cats (feral or domesticated) aren’t spayed or neutered, the kitten population explodes. Not only do these little beings fill up the shelters (creating havoc for older animals waiting to be adopted), but without fosters to care for, feed and socialize them, they’re often euthanized (even at their very early ages).

This proposed good deed involved three precious kittens (each just 3-weeks old). Although my local city shelter didn’t know why, these babies had been separated from their mother and abandoned. So now I was going to be their “foster mom” (so to speak).

Looking back, I realize the kittens were as nervous as I was when I first brought them home. Thankfully they weren’t put off by Latte (my 7-pound dog), but they also weren’t ready to eat or sleep just yet. We all just kind of stared at one another… Until the grey boy (who I named “Gus”) promptly plopped onto his back and indicated he wanted a belly rub. This elicited what I’m pretty sure was Gus’s very first purr. And it was this purr that told his brother (a black boy I named “Bear”) and sister (a grey and white striped girl I named “Gwen”) that everything was going to be okay.

There were certainly hurdles involved. The kittens were so young that around-the-clock feeding was necessary. And none of them wanted to suck on the bottle or eat out of the dish. They wanted to be hand fed. So what did I do? Hand feed them, of course. (Latte had probably let them know I was a pushover.) Before I knew it, I was making sure they had a heat source at night (since they were too young to regulate their own body heat), teaching them to use a litter box (which, because of their small size, was initially a shallow cardboard box lid), putting out plates of fresh cat food (leftovers from the fridge were never tolerated) and constantly re-filling their water dish (which they had decided was just as much fun to topple as it was to drink from).

As days turned into weeks, I got to watch these little creatures grow and discover all that life has to offer. Each was very curious from an early age—quickly outgrowing the small pen I’d purchased, which required purchasing a bigger pen (and then a third pen after that, which I could continually expand). This exercise eventually lead to to them having run of the entire front half of the house. Again… Pushover.

Along with being a foster “mom,” I found myself rushing around, trying to live my “normal life” and still honor all the commitments I had both in regard to career and to personal life. Despite starting this good deed thinking it might calm my inner being, I was actually becoming more manic—living life in a more harried fashion. Until one morning when I was running late and made the “mistake” of sitting on the couch to catch my breath. All three foster kittens (still just weeks old), piled onto my lap and stared up at me—and then each started purring. It was a Zen-like chorus of purrs that instantly made me realize the one gift they’d embraced but that I wasn’t allowing myself to: Being present.

That’s right. Despite a rough start at life, these kittens were anything but bitter or scared. They were ready to roll with whatever the world had to offer. And thankfully for them, it offered me—a somewhat goofy guy who didn’t mind being referred to as a foster mom. And now these kittens were reminding me that during the quieter moments of life, acceptance could happen.

This was the very lesson I’d been struggling to remind myself of in order to quell the recurring negative voice in my head. I was retaught by Gus, Bear and Gwen that only within a peaceful mind could healthy decisions be made. And bonus! Sometimes decisions don’t even have to be made. The mind can just be quiet (in other words, just be). Even if that quiet is sometimes permeated by a chorus of purrs.

You probably won’t be surprised to learn that when it came time to send Gus, Bear and Gwen onto their forever homes (and trust me, I found amazing families for them to join—all of whom recognized how special these little souls were) that I cried like a baby. Even in that painful moment of having to say goodbye to three little creatures I’d come to love with every fiber of my being, I reminded myself to reach for quiet, to reach for stillness, to reach for inner peace.

When I’m present, that voice in my head shuts up. And then? All is right with the world. Literally. And I’ll be forever grateful to the three little fur balls who reminded me not only that every moment matters, but that every moment can also be filled with joy (even when “accidentally” toppling our water dishes).