Don’t be a pill 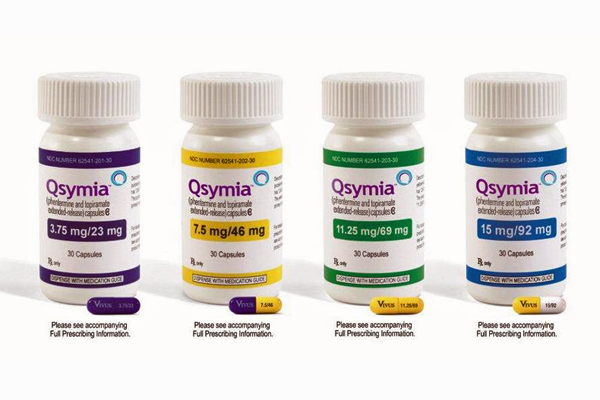 Big news in the world of dieting… The U. S. Food and Drug Administration recently approved a new prescription diet pill named Qsymia. Note that I refer to this as “Big news,” as opposed to “Good news.” And this is because, personally, I don’t think anything out of a jar or bottle (whether prescription strength or over-the-counter) can ultimately provide what we really need to take off the excess weight.

Don’t get me wrong. I understand the desire for a “Cure all” that’s as easy to incorporate into our lives as taking a pill or waving a magic wand. When people find out I used to tip the scales at over 450 pounds, they excitedly ask me how I lost the excess weight. When I tell them I did it by eating less and working out more, people often register dissapointment — as if I’ve given them unsettling news that they would have rather not heard. These same folks usually never stick around long enough to hear that by using common sense I not only took off all that excess weight (over 250 pounds!) within a year’s time period, but also have kept it off for over a decade.

As for Qsymia, yes — patients did lose weight during clinical trials (going down from an average of 227 pounds to an average of 204 pounds) according to CNN. But some consumer advocates are worried because some patients involved in the clinical trial suffered from an increased heart rate as well as metabolic acidosis (a condition which can lead to hyperventilation, fatigue and anorexia). There are additional concerns about birth defects since one of Qsymia’s ingredients is topiramate (an anti-convulsant that has been linked to cleft lip and cleft palate in babies born to women who took topiramate for migraines and/or seizures). And who knows what other potential side effects might be found out as a result of taking a drug like Qsymia for a lengthy period of time? Anyone remember Fen-Phen and its harmful side effects?

While “curing” being overweight through anorexia (one of Qsymia’s potential side effects) might initially read as ironic, it’s a reminder that anything that can potentially harm our health deserves serious consideration. The whole point of losing weight and getting healthier is to avoid having to take pills for other ailments (high blood pressure, high cholesterol, etc.). So why take an additional pill to help the other ailments we already take pills for?

Fact is, at the end of the day, it’s all about willpower. And this willpower can work in both directions. Just ask people who’ve undergone gastric bypass surgery who spend the first weeks after the procedure throwing up violently because they insist on eating the same amounts they did before the surgery, even though their stomach has been made smaller and can’t handle the same amount of food.

The good news is that willpower can also work for you, rather than against you. And this means you’re already armed with everything you need to conquer the battle of the bulge. No pills or magic wands necessary. Just start cutting back your portion sizes, choosing healthier foods (at least during some of your meals) and begin a simple exercise program like walking three to five days a week. Add drinking plenty of water and getting enough sleep to the mix and you just might be surprised how quickly you’ll go from feeling ‘so fat’ to ‘all that’. We’re all supermodels after all. And the path to realizing that is simpler than anything you might find in a jar, bottle or on the shelf.

Remember in The Wizard of Oz, when Glinda the Good Witch told Dorothy, “You’ve always had the power to go back to Kansas?” Well, much like Glinda (sans the glitter), I’m here to tell you “You’ve always had the power to lose the excess weight.” It really can be as easy as ‘flipping the mental switch’ and deciding today’s the day you’re going to begin your journey to true and lasting health. No diet pill (new or otherwise) required.

Tags: alli, clinical side effects, cnn, diet, diet and nutrition, diet pills, elective-surgery, fen-phen, gastric bypass, glinda the good witch, gregg mcbride, pills, qysmia, surgery, the wizard of oz, topiramate, video, walking, weight loss
This entry was posted on Monday, July 23rd, 2012 at 9:24 am and is filed under Mood. You can follow any responses to this entry through the RSS 2.0 feed. You can leave a response, or trackback from your own site.