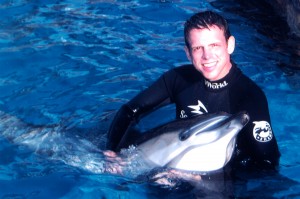 I’m Gregg McBride. A former advertising creative director and now a freelance writer and screenwriter. I appear as “normal-sized” to the people I interact with day in and day out. But dig underneath the surface and you’ll find that my life has been one heck of an adventure, or roller coaster ride if you will, with plenty of ups and downs — literally tipping from one end of the scale to the other.

In fact, when I stepped on a digital scale one day shortly after graduating from college, it registered ‘ERR.’ I thought the scale was broken. I later discovered when reading the manual that the “Error” message it displayed didn’t mean the scale wasn’t working — it meant that the scale didn’t register any weight over 400 pounds. I eventually found out (thanks to a professional doctor’s scale) that I weighed over 450 pounds. 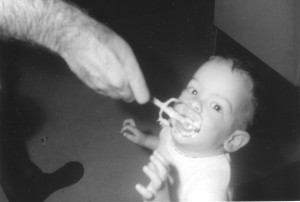 My struggle with weight began in early childhood… Right around first grade — when my parents told me I was no longer allowed to eat junk food. But instead of setting a healthy example, this strict diet only encouraged my out-of-control eating — so much so that I would steal money from my dad’s wallet to buy junk food and secretly munch away. My parents thought they were helping. But in hindsight, I can see that they created a forbidden fruit. It was at that point that I began eating junk food like it was going out of style — usually while in hiding. 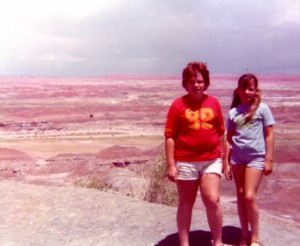 My food addiction continued to get worse over the next several years. I was consuming nearly 9,000 calories a day on a menu that often included diet soda for breakfast (ironic, I know); several cartons of Chinese food and milkshakes for lunch; and a family-of-four-size meal from a fast-food restaurant for dinner, with whole bags of cookies or chocolate for dessert. (I would even pretend to be ordering “To go” for several people when at fast food restaurants in a desperate attempt to cover up my gluttony.) 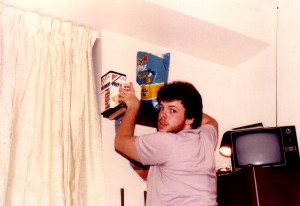 Despite my many attempts to lose the weight, nothing seemed to work. I literally tried every diet out there: the wacky ones, the public ones, the dangerous ones. But I just kept getting bigger and bigger. The more I tried to restrict what I was eating, the more I would crave it — which led to night after night of “Last supper-style” binges.

I even tried a liquid fast during which I didn’t consume solid food for months. But one day when I saw a half-eaten bag of chips that my mother had thrown out in the trash, I stared at it for an hour before finally reaching in, pulling the bag out and devouring the stale chips.

Ironically, eating out of the garbage wasn’t my low point. I could share all sorts of stories with you having to do with my girth (and I will) — from breaking a movie theater seat while on date, to being out of breath just from talking on the phone, to having to ask flight attendants for seatbelt extensions when flying because the “regular” airline seatbelt didn’t reach across my stomach. Still, I tried to keep a sense of humor throughout it all. All of these adventures — and more — are chronicled in my latest book, Weightless: My Life As a Fat Man and How I Escaped. 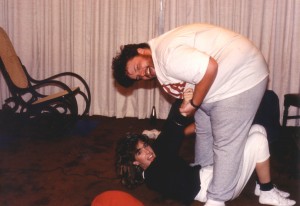 While I was known as the “funny fat guy” to my friends, there wasn’t anything funny about the way I felt about myself. It took every ounce of courage to walk into a room and not feel judged. After college while job hunting, interviewers wouldn’t even look me in the eye. I felt like I had a disease that no one wanted.

Finally one day a supervisor at work suggested I, “Just stop eating so much!” I was resentful at first, thinking this person had no idea what they were talking about. But eventually those words resonated with me and soon after became my mantra.

I soon began exercising my body while exercising better control over the food I was eating. My daily intake went from mounds of junk food to small portions of healthy food (from all food groups) totaling around 1,500 – 1,700 calories. I even signed up for an aerobics class with a group of women I’d never met before who became some of my biggest fans. I had a support system of strangers. It was amazing.

After taking off over 275 pounds in less than a year’s time (and admittedly yo-yoing a little big right after), I have now kept the excess weight off for long over 10 years. I even paid for skin-reduction surgery on credit cards, as after being that overweight, my excess skin wouldn’t retract no matter how much I exercised.

People who meet me today have no idea that I used to have a waist that measured over 60-inches around (and yes, I still have the worn-out belt to prove it). These days, I’m able to buy clothes where “normal-sized people” shop and I am testament to the sage saying, “Nothing tastes as good as being thin feels.” 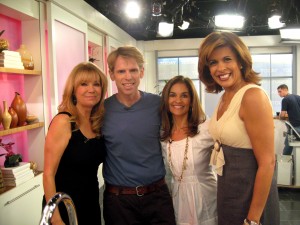 I even recently became known as a “show-stopper” on The Today Show’s Joy Fit Club. Appearing on national TV was a hoot — especially since I knew everyone in America was seeing my former “man boobs” in one of my many “before” photos.

“Man boobs” aside, I love being able to share my journey. Especially since I took the excess weight off the old fashioned way — by eating less and exercising more. There was nothing crazy involved in the process — no invasive surgeries, no weight loss pills, no cutting out certain food groups and no crash or dangerous dieting. 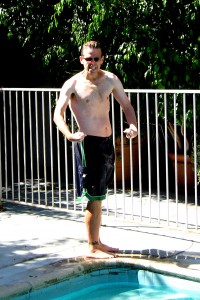 Believe it or not, it was when I got really sane about getting healthy and when I stopped trying to “trick” my body that my body responded. And the rest is history. Except for my fun stories, recipe ideas, reflections on health and more. It’s these insights and anecdotes that makeup my blog — all of which I share with you in hopes that you can be inspired; as well as to let you know that if I can do it, anyone can do it.

Here’s to your good health!

To get in touch with Gregg or to make press or public appearance inquiries, please go to the Contact Page.