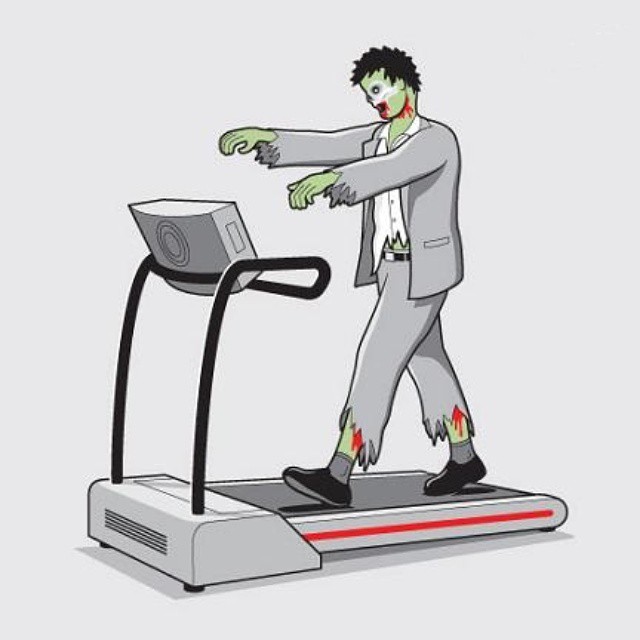 Halloween seems like a perfect time of year to confess that I often compare myself to a zombie. And not because I’m on a constant quest for “Brains… Brains…” — although certainly some people who know me might argue that a mission like that would be appropriate. But no… For me, the “zombie comparison” comes from my commitment to constantly moving — and often stumbling — forward, no matter what kind of odds or circumstances I’m facing.

So this Halloween, whenever you happen to see a zombie on TV in The Walking Dead, in a movie or at a costume party (hopefully as opposed to seeing a real one that’s sizing you up like a Thanksgiving dinner), take a moment to acknowledge that you have something in common with the walking dead.

Tags: all hallow's eve, costume, costume party, creatures, Energizer Bunny, for crying out loud, forward, goal, good, grave, gregg mcbride, halloween, heart, mental wellness, mission, movie, real zombie, setbacks, spirit, step, stumble, the walking dead, tv, undead, zombie, zombies
This entry was posted on Sunday, October 25th, 2015 at 5:41 pm and is filed under Food, Mood. You can follow any responses to this entry through the RSS 2.0 feed. You can leave a response, or trackback from your own site.