Why does everyone hate my man bun? 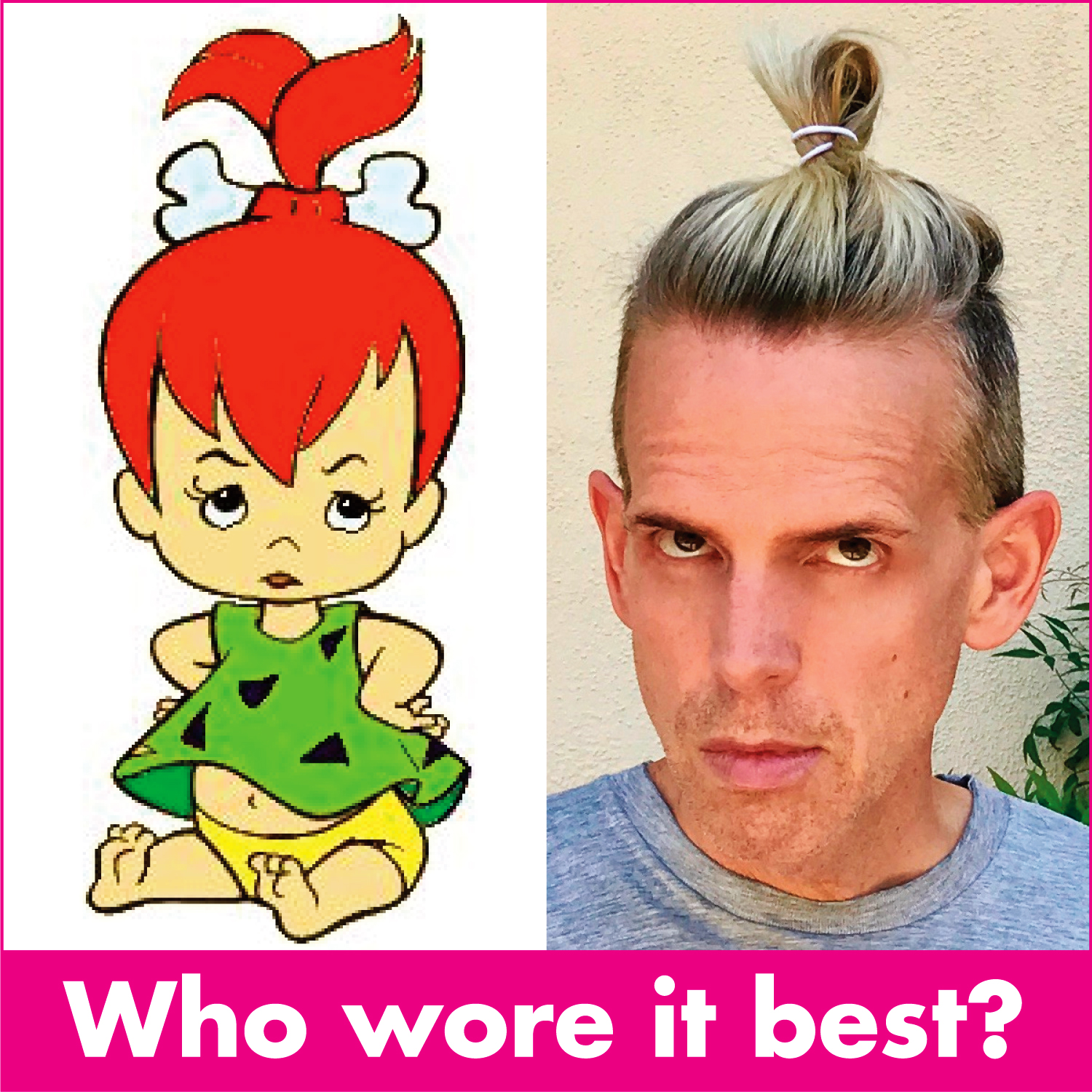 Like many reading this, I’ve been struggling to understand the high level of divisiveness that’s permeating our national mood as of late. It was only recently that I discovered an even greater lightning rod for inciting strong opinions and, in some cases, public outrage. And no, I’m not referring to how you may or may not have voted for in the last presidential election, but to my… (dare I admit having it so publicly?) man bun.

At the risk of sounding defensive, I feel compelled to share that growing my hair long enough to entertain having a man bun was never my intent. At least not originally. But after sporting a new style that my barber suggested, I found my hair getting longer and longer. I enjoyed the length when out, socially—but needed a way to keep it out of my face while working. Thus, my first attempt at man-bun-ding took place. And I have to say; it proved to be an effective method for not having to deal with long hair during the work day.

But never in my life would I have predicted that public reaction to said man bun would be so resolute and even vindictive—often from people I’d never met before. I also received a lot of flack from friends, many asking, “Why?”—as if I’d done something to purposely insult them.

Between you and me, it was never my intent to keep my man bun as part of my “look” for very long. But with every outcry I received over it, I felt more and more compelled to keep it around for a while. Not so much to upset people, but because I was fascinated with peoples’ overt reactions. It was as if the hair on my head, when tied up with a small band and curled into a bun (yes, much like the style sported by one Pebbles Flintstone) was being done to intentionally ruin their day.

The parallels to other life disagreements have not been lost on me. With the advent of social media, we’ve all become a little more courageous in regard to sharing our opinions loudly and proudly. But is doing so really “brave” when hiding behind a 140 word-count on Twitter or similar platforms offered by facebook and other online pulpits? What’s happened to “Live and let live?” Much less “Acceptance?”

I know that, for myself, when I don’t accept the circumstances of life, I can come undone, mentally. This often plays out in the confines of my head, hidden from public view—until someone shares an opinion I disagree with (often on TV), which can sometimes make me spin out of control. I then (mistakenly) believe I have the power to not only prove that my viewpoint is more right than someone else’s, but also to instantly change the opinion of the person who doesn’t share my point of view.

Of course, I acknowledge that political, religious and other strongly held beliefs are important to us (and carry much greater impact than whether or not someone likes my hairstyle). But does it really matter to anyone if I have a man bun or not? And does it really matter if someone has different beliefs than I do? Can’t we coexist in a peaceful manner and even draw some comfort from the fact that having different opinions, beliefs and ways of doing things can offer more flavor to everyday life? 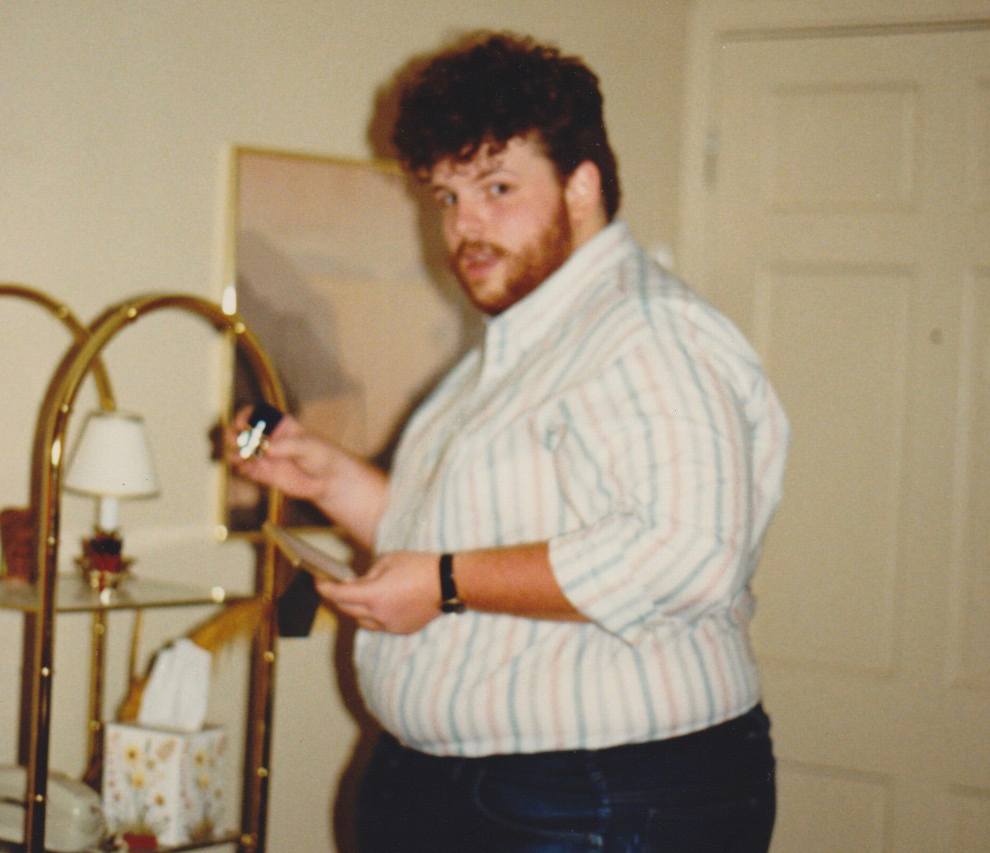 While on the topic of hairstyles, I’d be remiss if I didn’t nod to the “perm” I had back when I graduated from college—the same time period during which I weighed over 450 pounds. As shared in my book Weightless: My Life as a Fat Man and How I Escaped, I was a virtual recluse during that part of my life. I was terrified of being judged for not being able to successfully take off the excess weight (no matter how often I’d tried to). And yet somehow I got the courage to venture out of my apartment to get a “perm” hairstyle. I marvel at this now. Because no matter how afraid of people I’d become or how convinced I was that my life was over, I must have had a little hope—symbolized by wanting to affect my looks the only way I could at that time (by getting a new hairstyle).

There may be one day when I look back on having a man bun and shudder. But perhaps it will represent a little bit of courage or—if nothing else—a great sense of humor. (That’ll be my story anyway.)

Looking back aside, I don’t expect my man bun to inspire world peace. In fact, just last week someone assured me that I was encouraging deviant behavior in the form of today’s version of the mullet. That may or may not be true. If so, I’d be the first to laugh. If there’s a way to be a goofball in this life, I’m usually the one to go there (often unintentionally, I assure you). But if having a man bun can remind me to show the same kind of compassion to others that I’d like to receive myself, then everyone wins.