Sure, when preparing meals at home, we can pull out our measuring cups, tablespoons and perhaps even a digital food scale (not that we necessarily do… But we could!). But what about exercising portion control when out at a restaurant or even when traveling? I’ve known some hardcore dieters who carry their measuring tools with them and even pull them out when dining out. But fact is, we’ve already got the best portion size measuring tool attached to us. (Who knew?)

Checking out this handy infographic from Guard Your Health will show you that your hand and fingers can be a great aid when trying to decide how much is just right when it comes to eating outside of your home. Take a minute to study this hand-y (yeah, I went there) graphic and commit it to memory. After all, portion control is key to getting to and maintaining a healthy weight. Sometimes even more so than what we’re actually eating. Arming (or hand-ing) ourselves with simple strategies like these really can make a difference in our winning the battle of the bulge. (Plus, no one we’re dining out with has to know what we’re up to when comparing a teaspoon-portion-size of butter to the tip of our finger!) 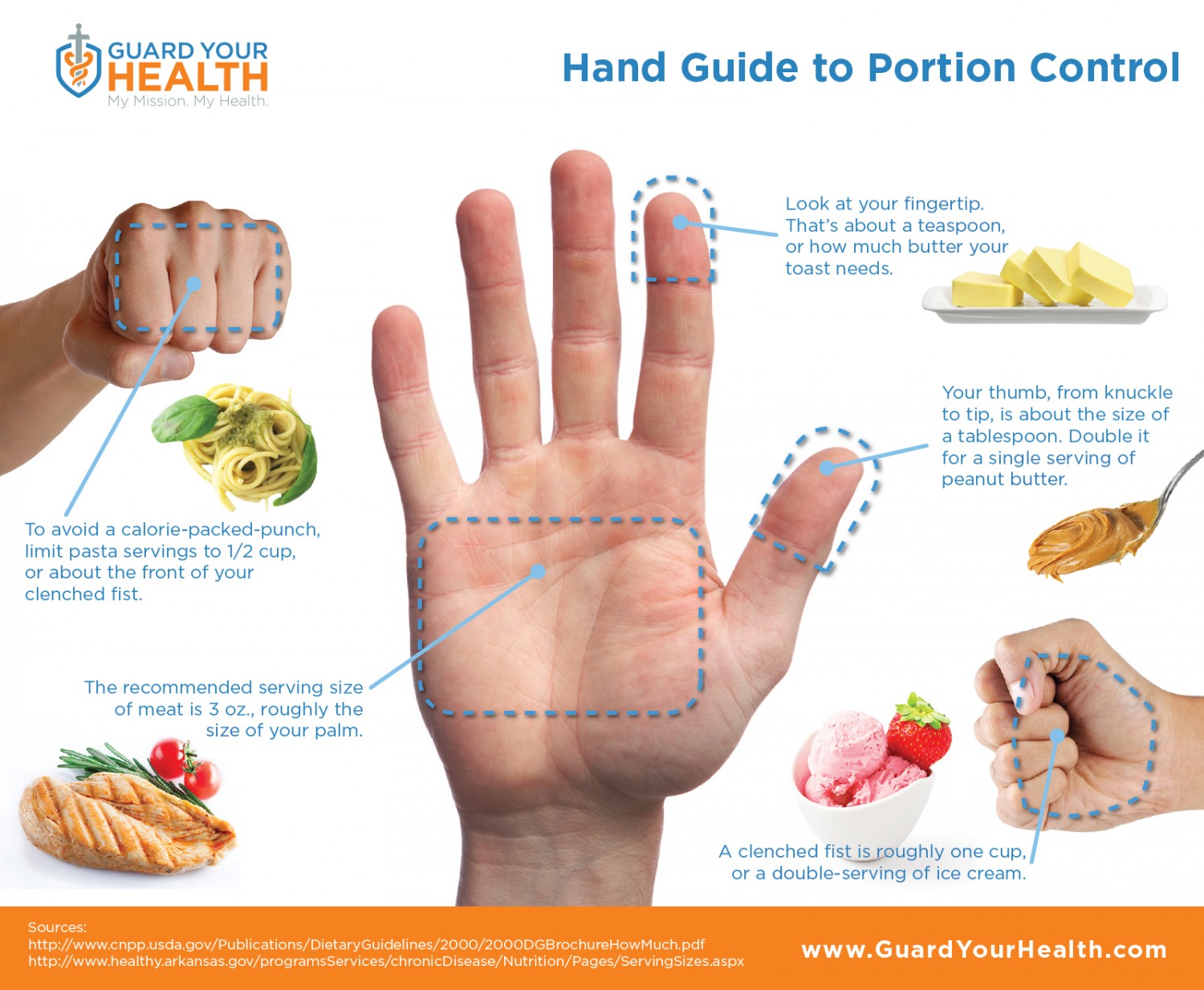 Note: You can click on the image for a larger view.

Eating for two – and then some 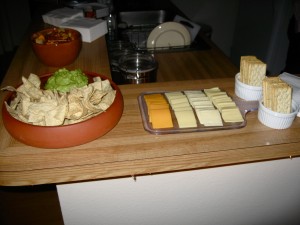 No need to resort to water torture. I admit it. This past weekend I co-hosted a birthday party and, well, over the course of the evening I just didn’t stop eating so much.

Don’t get me wrong. I had every intention of partaking in a nibble here, a taste there and enjoying the company more than the edibles. I was, after all, in charge of the menu and had planned a bevy of delicious mini bites to accompany the usual chips, dips and veggie tray.

Oh, and for the record, I never ventured near the veggie tray. But the fried food? The dips? The sauces? The chips? Color me over-the-top.

Granted, during the first part of the evening I was running around like a chicken with its head cut off – trying desperately to make sure everyone had a cocktail or a beverage of some sort, that hot food was coming out of the oven on time and that the jazz-infused music mix I created was playing at an appropriate volume. 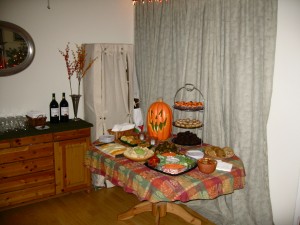 But when all is said and done, these cannot be used as excuses for going overboard, eating-wise. And go overboard I did – starting with a mouthful of California roll and ending with a couple of large chocolate chip cookies (even though I was very full by that point). I won’t go into detail about what was eaten in between, but suffice it to say, I overindulged. And then some. It was mindless eating at its best (or, perhaps, worst).

So what happens now? Do I get my 60-inch belt out of the keepsake box and prepare to wear it again? Do I turn in my blogging license? Do I request that my book stop being published? Or perhaps I should go on a guilt trip and make myself so mentally miserable that I start to feel the “need” for some indulgent food to tame my nerves.

Whoop! There it is – a hint of the former cycle that I repeated daily during the time period that I weighed in excess of 450 pounds and all the years I was overweight.

Fact is, feeling guilty and beating ourselves up (mentally) after a binge can be as much a part of our bingeing habits as the actual eating itself. The mood is followed by food. The food is followed by mental punishment. And so on and so on…

Okay… So I overate… It was a party, damnit. A party I co-hosted. Something I don’t do too often. It was also Saturday night. I was hungry. I ate. Then I overate. And as a result I ended up going to bed with that “Oh, so full” feeling.

But the difference with this weekend’s overindulgence compared to past ones in my life is that I did not wake up full of remorse or angst. Oh, and for the record, even though I got to bed around 1am, I was still up at 4:30am and at my gym by 5am. Was it pleasant when the alarm rang? No, it was not. But I was determined to not break my exercise schedule and knew that I would feel better afterwards (especially after overdoing it, food-wise, the night before). And post workout? Feel better I did. Or, well, do.

So what’s in all this for you? A reminder that we’re all dieters at some level – and that we all have “on” and “off” days (sometimes even after most of our excess weight is lost and even after we’re not officially on a diet anymore).

You might be surprised to know that even so-called “Thin People” (you know the odd group of folks who never really have to diet?) also have moments when they exceed their body’s “full limit” and feel a bit stuffed. Sure, they might complain about it for a minute. But then they move on. So that’s exactly what I did after this weekend’s party binge. I overindulged (mini binged) like a thin person. Then I recovered. Immediately. And you can do the same the next time you fall off the wagon.

When push comes to shove (or when mouth comes to fried food), it’s not one overindulgence that makes us fat (or keeps us fat). Its repeated overindulgences – on a daily basis or even at every meal. A “once in a while” goof makes us human. There are going to be times that despite best intentions, we don’t just stop eating so much. And that’s when, instead of falling into a vicious and destructive bingeing cycle, we laugh it off (while hopefully exercising it off) and hit the ‘reset’ key.

So when was the last time you overindulged? And how did you handle it? I really want to know. Because together we will grow. (And yes, I use the word ‘grow’ figuratively and not literally!)