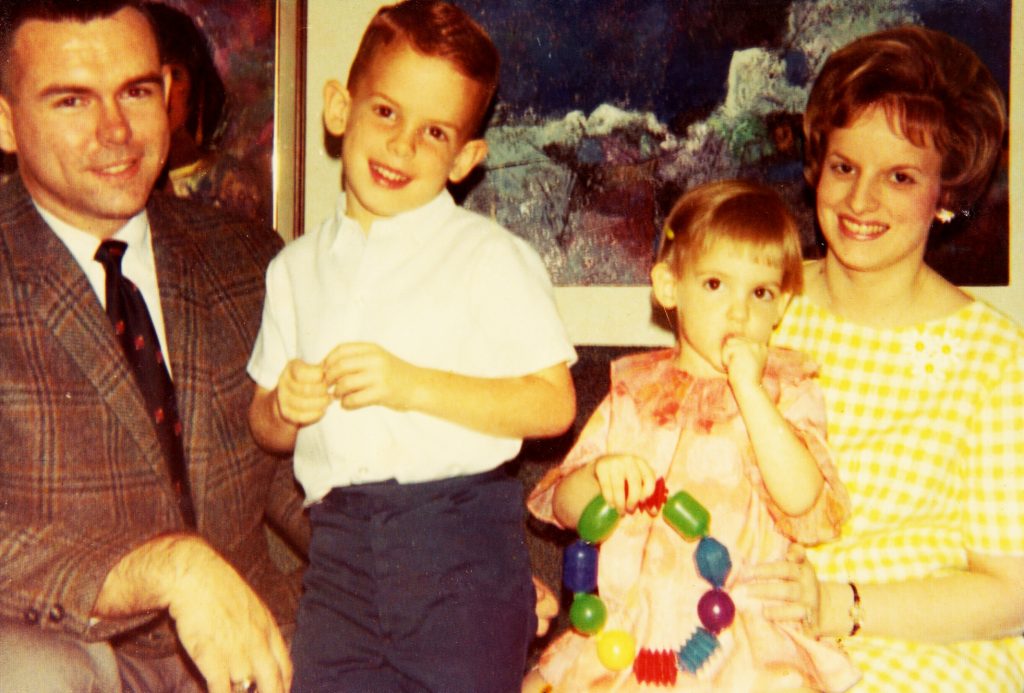 As a grown adult who has not only survived child abuse, but thrived in spite of it, I never imagined I’d suddenly be dealing with the pain (and even shame) all over again at this stage of my adult life—especially since I spent a lot of time examining and processing the goings on and then even writing about them in my recent memoir.

So imagine my surprise when similar issues cropped up anew—in this case at the hands of my father—and I’ve found myself having to once again defend and explain my position to strangers, even though I (and my sister) are the ones who were abused for years and years.

People who’ve read my book often ask me what my father, who’s still alive, thinks of it, given that he’s not portrayed in a positive light (albeit a very truthful one). My answer is simple: My father, who is a textbook definition of a narcissist, hasn’t read my book. And he never will. This isn’t because he’s bitter. It’s simply because he’s just not interested in any subject (or tome) in which he’s not the central character.

Although initially blaming most of the horrors of my sister’s and my childhood on our mother (a textbook definition of a monster), with time and growth, we can now see that my mother was mentally ill (her claims to her second husband, who enabled her up to and even after her death, included that she was a French princess who escaped her country to escape tyranny and later adopted me from Iran and my sister from Germany). For the record, my mom was born and raised in Florida. Oh, and neither my sister nor I were adopted—despite everyone believing we were; and then thinking we were the pathological liars because we tried to convince them otherwise (even when we were young, school-aged children).

This hindsight about my mother is important because, in my humble opinion, it makes my father and my mother’s relatives more culpable for my mom’s sins against her children since they left us alone with her and never interceded—not even when her flights of delusion went public. Then and now, my father was only interested in serving his own interests.

I once joked to my sister, it’s amazing that she and I can tie our own shoe laces given some of the horrors we’ve lived through. Many of the events were so horrific that people think we’re exaggerating to this day. Thus, despite my recent book that shares my story, my sister and I don’t talk about our childhood often. And thankfully, there’s usually no need to. That was then—this is now. And through insight, self-love and inner strength, my sister and I are both not only able to tie our shoes, but are living very happy lives and even have very contented marriages (despite the suggested mold offered by our parents).

But recently, our father has once again put my sister and I in positions in which where we’ve been forced to explain to strangers why we aren’t closer to him and why we don’t have all the information they’re seeking. My father (still a narcissist and still stubborn) was in an accident (a result of his own ignorance) and ended up in a far away hospital, delirious. Out of the blue, we received phone calls from caseworkers (who had to initially hunt us down via internet), needing to know why my dad was in the circumstances he was (at the time of the accident) and why we weren’t able to answer more questions in regard to such and beyond (inquiries regarding his health, contact numbers, etc.).

After a couple phone calls with the hospital caseworkers (who I must admit were very understanding and nonjudgmental), I admitted to my sister that the pain, humiliation and shame of being an abused child had all come rushing back. There I was, on the phone with strangers, trying to get them to believe me when I explained why circumstances were what they were. These calls brought me right back to a time during my teen years—when I called the local police to report my mother’s abuse. Because most of what I was reporting wasn’t physical abuse, they didn’t take me seriously and never responded to my call for help.

Because of these recent incidences with my dad, my sister revealed that she was feeling the same kinds of things I was. And although we live in separate parts of the country, my sister and I were connected by an unspoken bond of emotional numbness for several days after.

I suppose that carrying the title of an adult survivor of child abuse never really goes away. There are always going to be circumstances that bring issues up—especially when the abusers have never admitted their wrongdoing or asked for forgiveness. This can apparently happen even after we have forgiven the offending parties in our own minds (and for our own benefit).

It wasn’t too long ago that my sister and I got word that our mother had passed away—long after her actual death. We hadn’t been notified at the time. We hadn’t been asked to attend the funeral. We hadn’t been considered at all. It became a little clearer why this was the case when we tracked down her obituary online, which stated that my sister and I were [still] “adopted” children. The real kicker to all this is that a few of my mom’s relatives—who know we are not adopted—not only attended the funeral, but also did not question why we hadn’t been invited to attend or even wonder aloud about the obituary full of untruths.

So it seems being a “survivor” of child abuse would be a verb rather than an adjective. And the biggest reminder my sister and I take away from these recent events involving our father is to never feel guilt or shame—not only when describing circumstances, but also (and especially) if people don’t understand or even think we might be being dishonest when talking to them about such.

No matter what any of us has survived in the past, the fact that we’re able to talk about it, find understanding in it—and eventually freedom from it—is worthy of a gold medal of courage. And it seems there will be times when, even after we’ve moved on, people who haven’t (perhaps even our abusers) will force us to once again get mired down in the process that requires us to extract ourselves from otherwise horrific situations (even if just memories from our past).

But just as it was during our healing periods in the past, the mental work—and belief in ourselves—is worth it.