It’s not too late! 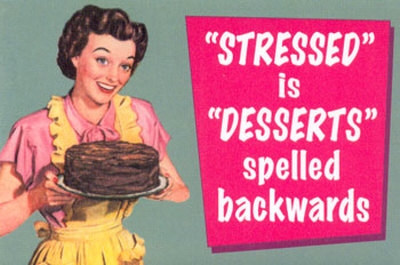 It’s not too late to join me, nutrition guru Lisa Goldberg and a slew of other diet, exercise and mental wellness experts for the free Well Fed Mind Online Summit.

There is no charge for signing up and being treated to 21 top experts in the field of health and wellness that will speak about nutrition, a healthy mindset and the kind of movement that can help you get off of the diet roller coaster once and for all. These experts (including yours truly) will help you create lifestyle changes that are permanent and sustainable. All for no charge at all. Simply click here  to sign up today.

I’m truly so excited to be participating in this free online summit. I hope you’ll join me. (And please feel free to share this link with anyone else you think might value this kind of motivational information. After all, we’re all in this together!) 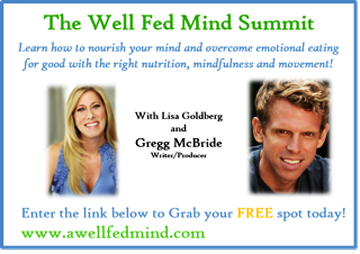 This is not your mother’s diet blog…

Welcome to Just Stop Eating So Much! – the blog that hopes to change lives, one reasonable bite at a time. Just don’t expect a lot of handholding. During my 20+ years of dieting, I found that too much handholding and consoling helped me not to lose weight, but to gain it (and then some). And yes, you read that right – 20+ years of dieting.

At my “peak” (mountain-related word intended), I weighed over 450 pounds. No. That’s not a typo. It’s the truth. At that point, I had no hope of ever getting rid of the excess weight, much less living the ‘normal’ life I dreamed of. Oh, how I wanted to “Fall into the Gap” and buy jeans that weren’t made for a 60” waist – not to mention how I yearned to walk into a room and not feel like everyone was judging me adversely (whether they were or weren’t). I never dreamed I would eventually take off all the excess weight (and do so without any ‘tricks,’ pills, surgery or unhealthy food-group-banning diets).

You see, despite being a “skinny kid” for the first couple years of life, I began to “blossom” around age 6. Suddenly my parents had to shop for clothes in the Sears Big and Tall Catalog and I was restricted to the classic household diet (back in the day) of a burger patty and cottage cheese. In fact, my parents initiated martial law and banned all junk food. Suddenly there were no chips, cookies or candy of any kind to be found in our military base apartment. And trust me, I searched high and low.

No matter though. Where there’s a will, there’s a ‘weigh.’ Having been introduced to the concept of ‘forbidden fruit’ by my parents’ strict eating rules, I was soon stealing money from my Dad’s wallet and high-tailing it to the nearest food store, where I’d stock up on my own personal supply of candy, chips and even ice cream. Now mind you, my Dad was an Air Force Officer and didn’t easily tolerate any disobedience. Thus, I would have to devour the contraband food within a day’s time, otherwise be caught and punished (plus, the ice cream was gonna melt otherwise).

Thus began my cycle of bingeing to excess – usually to the point of terrible physical pain. Sure, my parents saw I was gaining more and more weight. And there were a couple times I was caught with my hand in the cookie jar (figuratively and literally). But the more diets they put me on, the more “Last Suppers” I partook in. Yes, I wanted to be thin and like the other kids. At this point I was the butt of most jokes. But my compulsion to eat was great – especially since, as a kid, I didn’t understand I wouldn’t really be giving up ice cream forever.

My adventures only got bigger from there. Pun intended. The higher on the scale I traveled, the lower my low points sank. From having fifth graders pay a girl to see if she’d actually kiss the school’s resident fat kid (AKA – me). To having a movie theater seat break underneath me while on a date in high school. To having to ask for seatbelt extensions whenever flying. To eating expired potato chips out of the trashcan. To stepping on my fancy digital scale and seeing ‘ERR,’ which I later learned meant ‘Error,’ signaling that the scale was not programmed to weigh anyone heavier than 450 pounds. But all of these low points eventually led up to one heck of a high point – ultimately learning an old adage to be very true: Nothing tastes as good as being thin feels. And that, my dear readers, is what this blog is going to be about:

All the stages of my zany, tense, scary and ultimately joyful adventure in the weight-ing game. And yes – joyful. After all, happiness is one of the key components to any kind of transformation. But let’s not get ahead of ourselves. Let’s just get back to the original point. This is going to be anything but the typical diet blog.

I plan on sharing funny and inspirational stories, tips, recipes, exercise routines and a whole lot of tough love. No crying to me about ‘I don’t know how I got so fat,’ because if that’s your take on things, you’re lying to yourself. I know because I spent 20+ years lying to myself. But the good news is, that along with the tough love, we’re going to have a lot of laughs. In fact, whether you have 100+ pounds to lose, 5 pounds to lose or no pounds to lose, I encourage you to check back often. Or even better? Subscribe. Because I promise you one heck of a wild ride… One that we can embark on together.