Although it sometimes feels like it, eating healthy meals isn’t rocket science. Fresh, healthy foods can often be combined quickly — it’s just a matter of knowing what to add to what. To help take away some of the mystery, check out this handy chart from Women’s Health magazine. Here are 7 quick dinners that you can put together in 5-minutes or less. For a few more details on each combination, check out the “What Nutritionists Eat When They Only Have 5 Minutes to Prep a Meal” slideshow by clicking here. 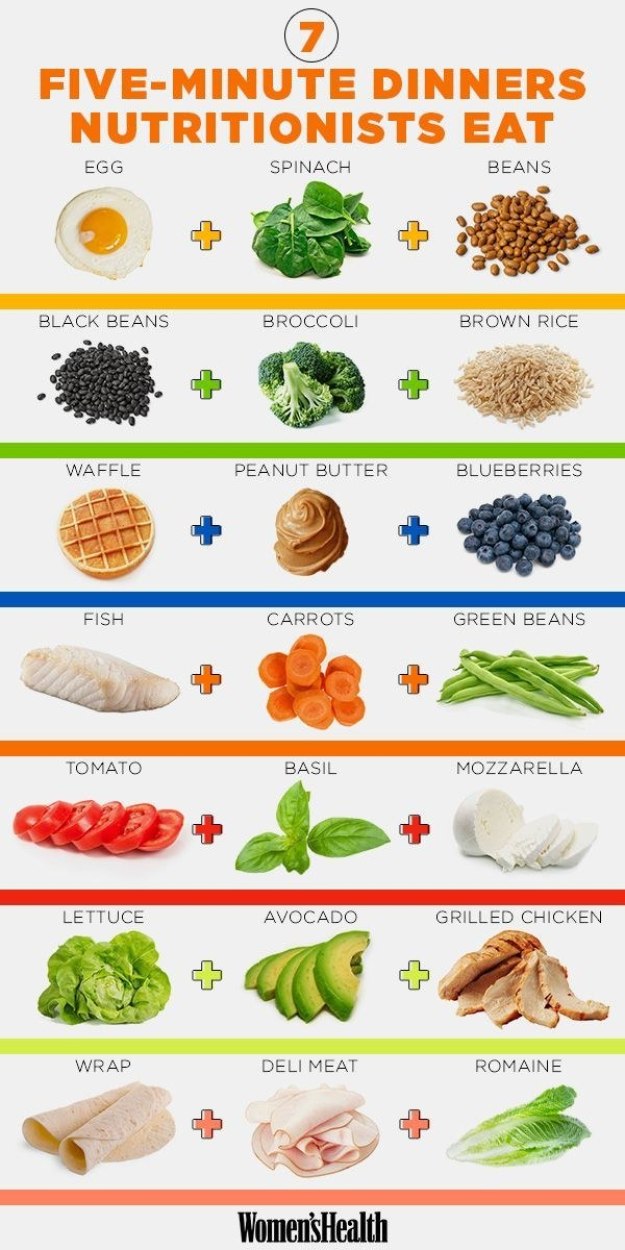 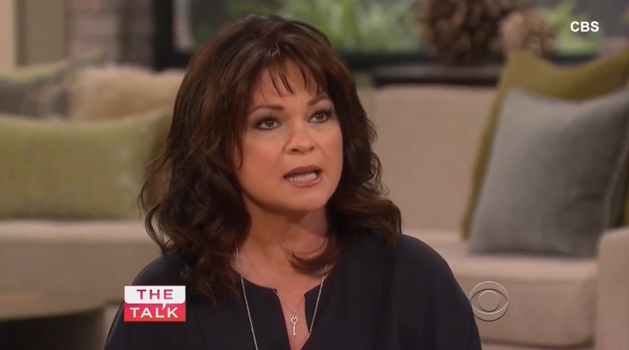 Jenny Craig darling Valerie Bertinelli has been in the news again lately — and not because her TV show Hot in Cleveland just began its new season. Instead, Ms. Bertinelli has been defending herself against what she calls “Fat shaming,” since certain members of the press (including the National Enquirer) have called her out on her recent weight gain after she so publicly dropped pounds and showed off her svelte bathing suit body in a series of television commercials and magazine covers a few years back.

Ms. Bertinelli recently appeared on CBS TV’s The Talk, where she told the show’s hosts that she hadn’t been able to workout after a foot injury in December. She then added, “I have gained a few pounds… It started to panic me. Then I thought, well, wait, a minute. This is my body. I’m almost 54. I broke my foot! My doctor told me to not get my heart rate up. But now I am back in the gym. We all need to give each other a break — especially women. Let’s leave each other alone.”

Shame certainly is an issue that all of us with a “dieter’s mentality” know well. Mainly because even if we’re not being called out on our own weight struggles by the National Enquirer, there’s usually just as vicious of a dialogue going on in our own heads. Shaming does need to stop — mostly from the inside-out. In fact, sometimes it’s the shaming of ourselves that can lead us to shaming others (whether publicly or privately).

I have a good friend here in Los Angeles who constantly bemoans the fact that she’s getting older and that she can tell people are degrading her because of her looks (even if she doesn’t know this for a fact). Often — during the same breath that she’s talking about how awful she feels she looks — she’ll then notice someone else nearby and offer an aside about how “fat/old looking/or whatever” that person is.

It eventually dawned on me that my friend is a victim of her own psyche. She’s hard on others and, therefore, assumes the rest of the world is being equally hard on her. What would happen, I wondered, if she started to find things about herself to appreciate? Would she then notice things in other people to appreciate rather than zero in on what she perceives to be their shortcomings?

I’m not signaling my friend out here. I, myself, have caught my brain belittling my size on numerous occasions (both before, during and after losing my excess weight). But as soon as I notice the negative, shaming voice in my head, I work to arrest it. Because I’m here to tell you that those negative thoughts did nothing to contribute to my successful weight loss.

On the contrary, it was building myself up and assuring myself I’m a supermodel that not only helped motivate me to succeed, but also helps me to keep the excess weight off — not to mention to love myself inside and out (no matter how tight my clothes might feel on occasion).

I now work to offer these same uplifting thoughts to everyone else in my life — even strangers. Because this kind of positive thinking (as opposed to shaming) is part of the success formula (both in regard to getting healthy as well as just being a person other people want to be around).

So let’s applaud Ms. Bertinelli for not only speaking out about fat shaming, but also owning her weight gain. I, myself, went up and down the scale a lot — even after taking off over 250 pounds of excess weight. And anyone that knows me will assure you I’m always battling 5 or so pounds. I’m human. Just like Ms. Bertinelli. Just like you.

Shame out. Self-love in.

Try it. You’ll like it. And you might even discover, as I did, that this love will start extending to everyone — and everything — around you. And rightly so.

(Someone cue the “feel good” music!)