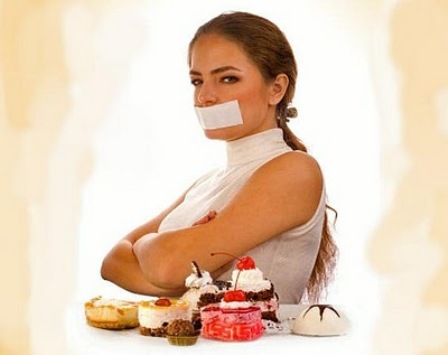 The other day while trolling my facebook newsfeed (when I admittedly should have been doing a million other things), I noticed a couple of my facebook friends had “liked” a site proclaiming “Fast And Effective Diet – Lose 10 Pounds in 7 Days.” Although I knew I’d be doing so for amusement (as opposed to doing so to gain any valuable insights), I clicked on the link. And boy, was I appalled at what I came across.

This supposed “10 pounds in 7 days” solution seemed to offer anything but (anything but a solution that is). The prescribed breakfast consisted of a glass of cold water with lemon juice, followed by two apples or two oranges (or one grapefruit). How they came up with this count is not explained. Breakfast could also include one handful of nuts. Next came lunch, which consists of cooked chicken or veal (no measurements or cooking instructions given) — along with one “pot” of “sour milk yogurt.” (Huh?) An afternoon snack is a fresh seasonal salad with olive oil and “very little” salt, followed by a prescribed dinner of “two hard boiled eggs plus cucumber salad or green salad with olive oil and a little salt”…followed by a warning that after 6:00 p.m., nothing was to be consumed other than a liter of green tea.

I am truly baffled that in this day and age, with all the knowledge we are getting about what constitutes a healthy diet (as opposed to a crash diet or one that’s not nutritionally sound) that people would actually think this is something healthy to incorporate into their lives. Then again, it’s on a site that calls itself “Healthy Food Team” (then it must be true! not!) and promises the reader he or she will lose 10 pounds in 7 days.

In the words of actor Geena Davis’s character in the remake of The Fly, “Be afraid. Be very afraid.”

As someone who has taken off over 250 pounds of excess weight and kept it off for over a decade, I can assure you that there are no shortcuts, no quick fixes and no magic wands when it comes to healthy and lasting weight loss. And any “diet” that prescribes any salt, much less a liter of green tea before bed and no measurements of the prescribed “chicken of veal” should potentially be avoided.

As explained in the bonus section of my brand new book, Weightless: My Life As A Fat Man And How I Escaped, the tenants of losing weight are easy. And they do not necessarily include “one pot of sour milk yogurt” (whatever that is). Instead, why not eat less, move (exercise) more, drink plenty of water and get enough sleep? Yeah. It really can be that simple. And you can even enjoy an occasional cookie while doing so. It’s all about making healthy choices for the long term. And while you might not “lose 10 pounds in 7 days,” you just might do something else instead: keep the excess weight off once and for all.

The dog command I need most 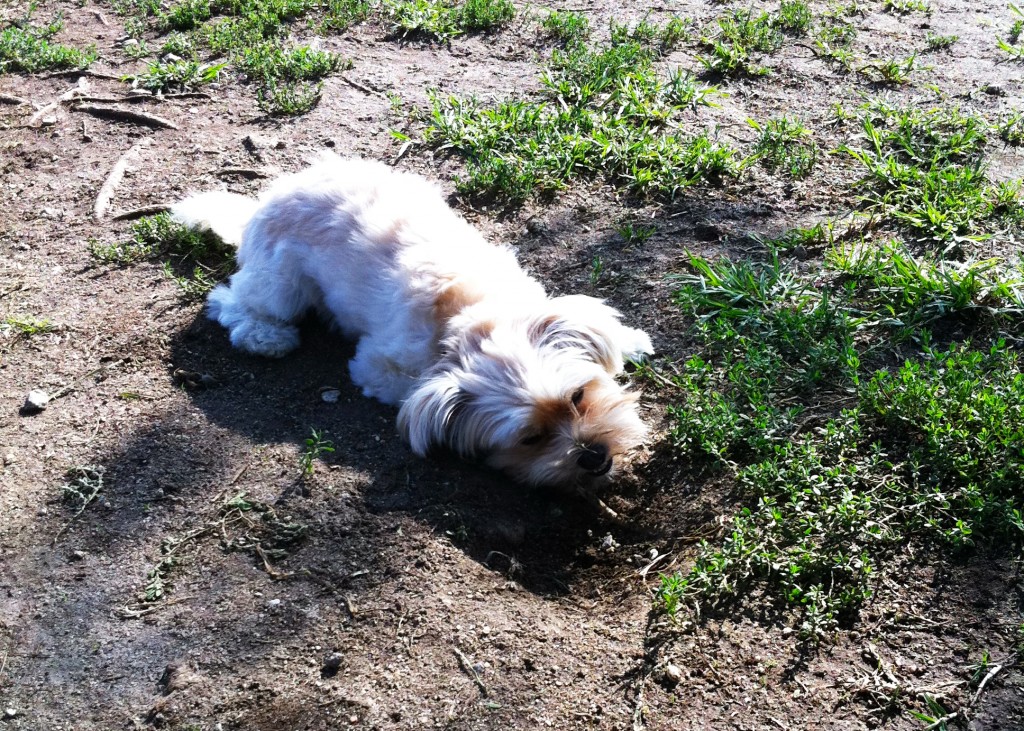 The other morning, while working out at the gym, I had a work-related stress playing on an endless loop in my head. Even though the incident had happened a week earlier, I was still obsessing over the whole ordeal (wishing I’d said things I didn’t say at the time, wishing the other party would come to their senses, wishing the whole thing would go away, etc.). Needless to say, my worrying about this incident only made things worse in my mind and even though I’d had a productive workout, left me in a gloomy state of mind as I left the gym.

It was while driving home from working out that I remembered one of the key commands I picked up during dog training that I use pretty frequently with my puppy, Latte.

As anyone who has a dog probably knows, our canine friends occasionally come across a smell, a chicken bone or some other foul object that excites their senses to no end. It’s at this moment that we must command them to “Leave it!” in a terse, authoritative way so that they don’t get into trouble, hurt themselves or (heaven forbid!) end up rolling in something disgusting.

Even though I had been expertly trained to use this command with Latte, I realized after my workout of mental duress that perhaps I needed to use this command on myself. After all, as mentioned, this particular stressful situation had happened a week earlier. So at this point, no one else (not even the offending party) was responsible for my stress and worry other than yours truly. On a virtual level, I was “rolling” in something disgusting. In this case, my own self-defeating thoughts.

So in this case, I was the one who needed to “Leave it!”

When Latte is told to “Leave it,” he usually jumps (having been “caught” doing something that he should know better than to do) and then quickly moves away from the offensive object and is soon distracted by another smell, a passing pooch or some other form of whimsy. Similarly, by telling ourselves to “leave” something that’s weighing us down (figuratively or otherwise), we then, too, have the opportunity to move on to other things — more pleasant things, and with a cleared mind, perhaps even a potential solution to whatever we think we can’t solve while in the throes of “Why me?” We can’t undo what’s transpired. But we can move on if we choose to.

I imagine that, like myself, many of you reading this are sometimes plagued by situations, incidences or predicaments that sometimes can’t be washed away from our brains — as if obsessing over them might offer a solution (which, really, the obsessing never does). Instead, we need to just let it go, move on and welcome another scent (or situation) that can offer us not only new ideas, but also peace.

All together now: “Leave it!”

I’ll conclude by adding that if you ever see me working out with a scowl, feel free to walk over and tersely tell me to, “Leave it!” Like my puppy, Latte, I might jump (having also been “caught”). But I’ll appreciate the reminder that some things need to be left where they belong… In the past.