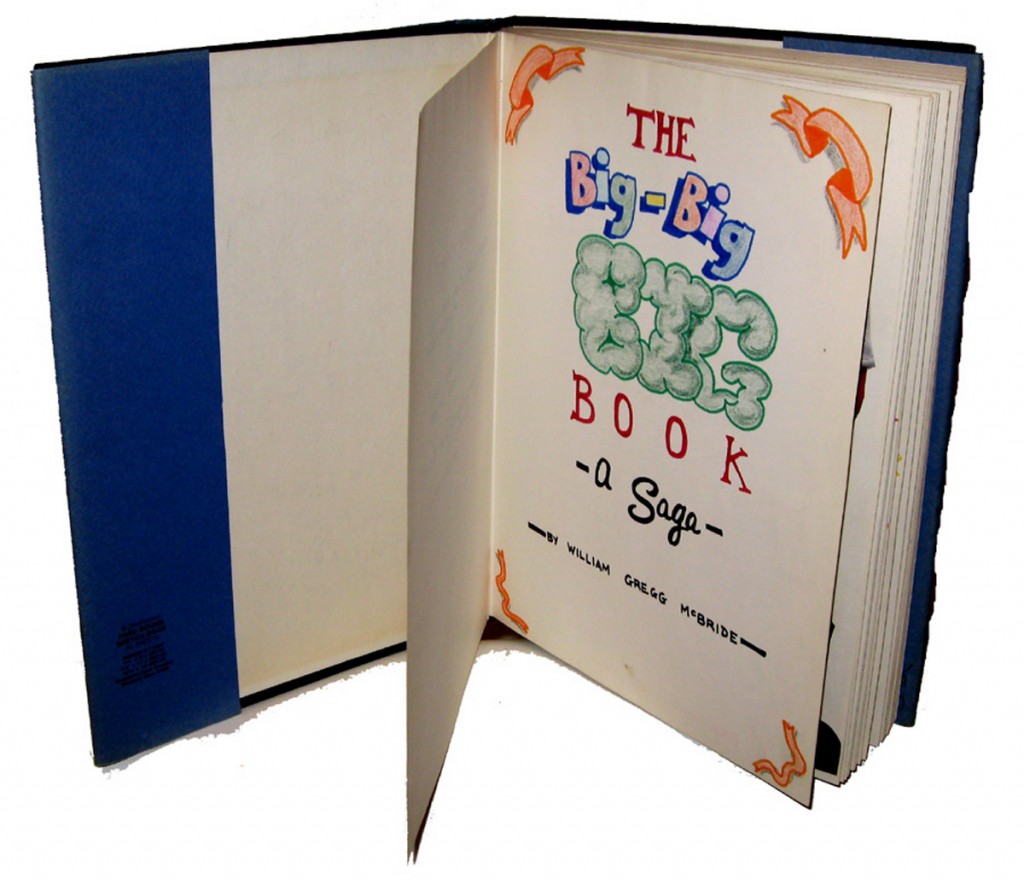 Time for another Rockstar Dieting Tip — one of many helpful ideas I incorporated into my life in order to take off more than 250 pounds of excess weight (and keep it off for over 10 years). You might be surprised to learn that this latest tip has nothing to do with food or exercise. But that doesn’t mean it’s any less valuable to your journey toward total and lasting health.

Rockstar Dieting Tip #2 — Start a “You” Scrapbook
When dieting, we tend to focus on what we’re giving up (ice cream, potato chips, etc.). So instead, why not create your very own “You” scrapbook — one that’s filled with positive cutouts and imagery (healthy body types that inspire you, clothes you want to wear after reaching your goal weight, pictures of social situations that motivate you to take off the excess pounds, etc.)?

I created my own You Book (see above — that’s the actual one) that was eventually chock full of visual clues as to why I was committed to finally taking off the excess weight once and for all. With a “You” scrapbook, you can focus on what you’re getting by losing weight, not what you’re giving it up.

This tip was so popular with my friend Joy Bauer that she actually shared it on the Today Show. It really is something you create yourself that becomes all about you and your reasons for taking off the unwanted pounds. Think of it as a vision board you can add to, look at and take with you anywhere. I used to pick my scrapbook up all the time when tempted to cheat on my eating plan. And nowadays? It serves as an amazing testament to what I went through to not only take off the excess weight, but to keep it off.

When you start your own You Book, I hope you’ll share some images with me. I’d love to see it and even share it here on Just Stop Eating So Much! or on the Just Stop! facebook page. It also just might help motivate others to start their own scrapbooks. (And the best part of this treat? No calories to speak of whatsoever!)

Dieting outside the box 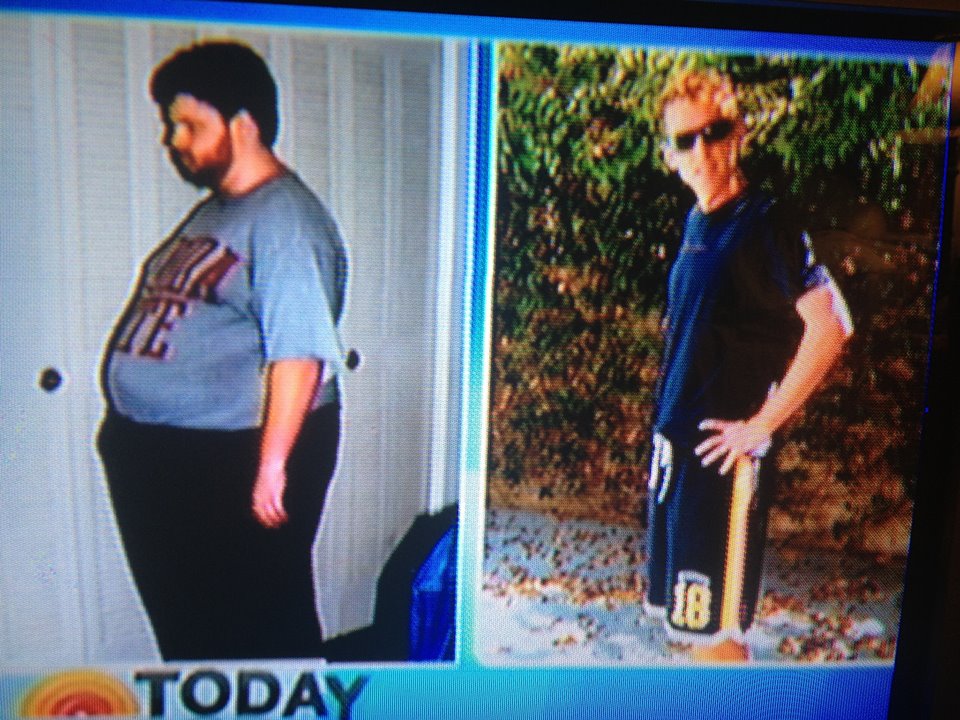 Diet rockstar Joy Bauer‘s recent appearance on the Today Show features tips from four dieters who’ve won the battle of the bulge. And yes, yours truly was one of the successful dieters featured. In fact, my tip of starting a “You Book” that you fill with all the images and reasons you want to lose weight (to focus on rather than thinking about what you’re giving up while dieting) is something those of you who have read Just Stop Eating So Much will recognize from the book.

I adore and appreciate Joy Bauer so much for all the effort she puts into getting the real way to lose weight out there: eat less, move more and be positive and happy while doing it. And no, I’m not just saying I love Joy Bauer because she occasionally features me in her TV segments. But hey, that doesn’t hurt!

Do you have any diet tips of your own that you’d like to share with the rest of us on the blog? Please comment below! I could use a few more (for keeping the weight off) myself!

Joy to the world 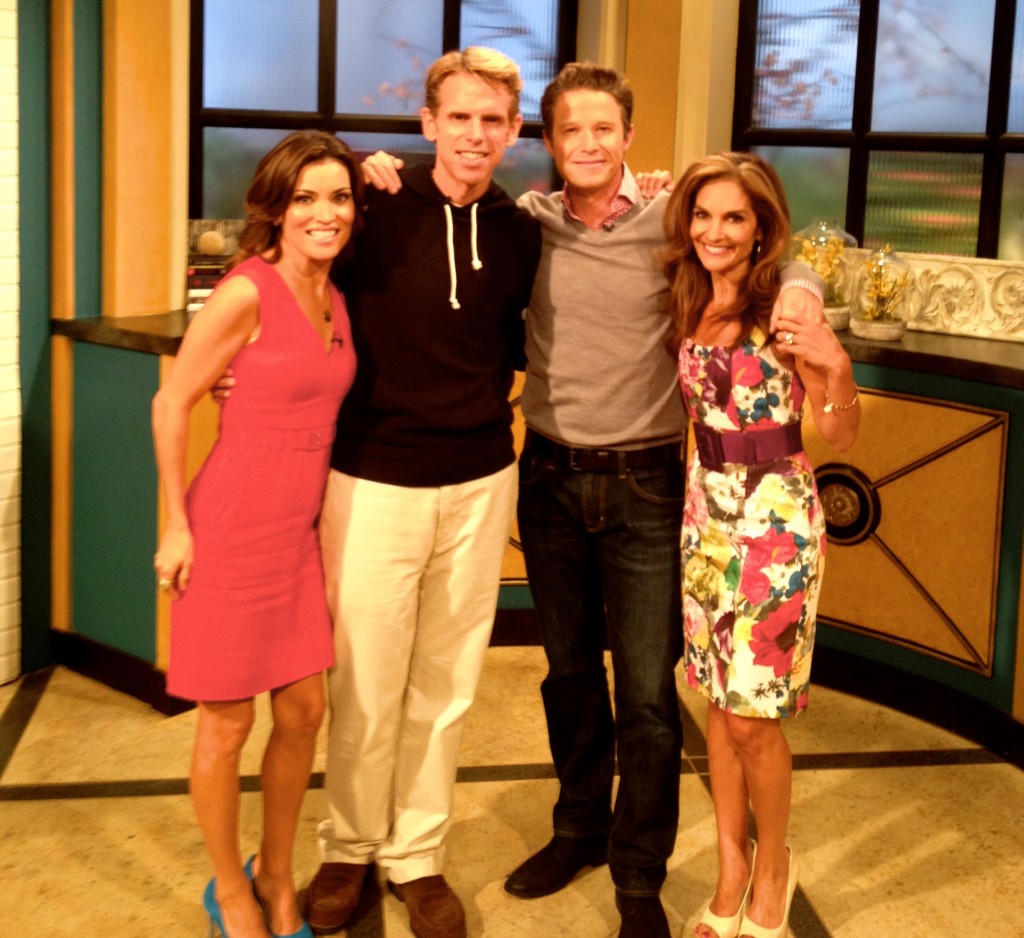 Late last week I got a surprise email from my friend (and one of my greatest inspirations), regular Today Show contributer Joy Bauer, who was in Los Angeles for several television interviews. She let me know she was appearing on Access Hollywood Live the next day and wanted to know if I was up for hanging out in the “Green Room” (AKA ‘backstage’) with her. Of course, my answer was a very quick “Yes.” Little did I know that Joy planned to pull me on the air.

The next morning I woke up to a slew of emails from the Access Hollywood Live producers, letting me know where to be and when to be there. It was an early call here on the west coast because the show shoots “live” for the east coast feed. But the producers didn’t have to ask me twice. I picked out what I hoped was a dapper outfit and rushed over to the studio.

Spending time with Joy is always… Well, a joy. And the pun is intended. She is such a big ball of energy and usually has a crowd of people hanging around her (many of whom are people who work behind-the-scenes) — all because she is so happy, so full of inspiration and also has a wicked sense of humor.

I was slated to walk out at the end of the segment and that I did — in the goofiest way possible. In fact, when co-host Billy Bush asked me to start dancing, I didn’t think twice — I went for it. Those of you who know me or who regularly read this blog might have surmised that I’m a ham at heart (and you’d be right).

But along with getting a kick out of hearing from friends who happen to see me on TV, I love being able to help Joy get the message out that anyone — no matter how much they weigh, how many diets they’ve tried or how long they’ve been overweight — can lose their excess weight and keep it off. Having lost over 250 pounds of excess weight myself (after topping out at over 450 pounds) and having kept it off for over a decade, I’m living proof of that. And I want everyone to know they can do it as well. They have what it takes. You have what it takes. And that journey to dieting success can begin today.

While appearing on air, Joy shared some great tips from members of her Joy Fit Club. Including one from Kim DeMundo (who has lost and kept off 110 pounds). Kim uses a “Bag of Tricks” to avoid cheating (she keeps several pieces of paper inside the bag, each listing something to do other than cheat on her diet — simple activities that are all geared to take her mind off of food). Great idea, right? And one we can easily incorporate ourselves.

Another Joy Fit Club member, April Hudson (who has lost and kept off 109 pounds), uses creative additions to make her salads more enticing. These additions include using a tablespoon or two of pine nuts or raw cashews, adding fresh sliced fruit or avocado and also using flavored vinegars (ones that are so tasty that no oil is required on the salad).

The show segment ended up running a little long, so I came out after the last commercial break — and appeared during the end credits of the show. This is especially hilarious because the producers “squeezed” the picture (so it’s visually thinner) in order to accommodate the credits appearing on the right hand side of the screen (as you can see in the clip, below). Thus, I look especially thin (when dancing like a goofball).

If only we could all be squeezed (visually) like this in daily life. Then we wouldn’t have to worry about losing weight and fitting into our skinny jeans. Then again, with inspirations like Joy Bauer getting the word out that anyone can achieve dieting success, we can leave all of the squeezing (including into clothes and other tight spaces) behind us once and for all.