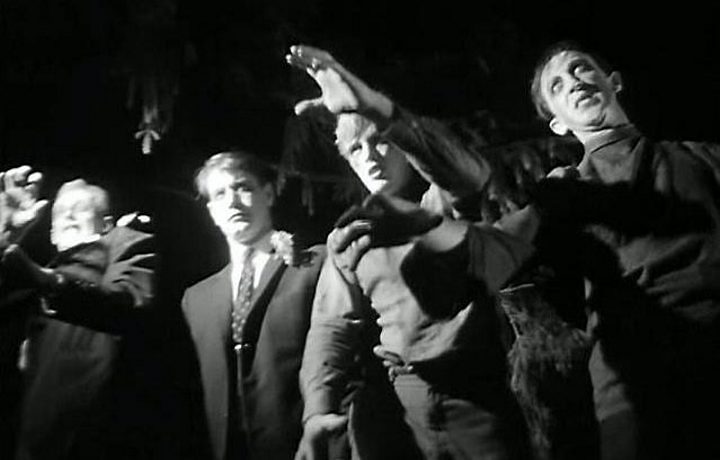 Halloween seems like an appropriate time of year to let you know that I often compare myself to a Zombie. And not because I’m on a constant quest for “Brains… Brains…” — although certainly some might argue that a mission like that would be appropriate for me. But no… For me, the ‘zombie comparison’ comes from my commitment to constantly moving — and often stumbling — forward, no matter what odds or circumstances I’m facing.

Picture, if you will, a Zombie in a field, moving toward its goal — one (often ungraceful) step at a time. Although this Zombie might be missing a limb or two — or even if its being shot at, it just keeps on going. Kind of like The Energizer Bunny — only with more blood and guts. Still, there’s something to be admired about the Zombie’s drive. And that’s why I often liken myself to one of these undead creatures (even during times of year when All Hallow’s Eve isn’t nigh).

Some days it feels almost impossible to keep on moving in the direction we’d originally intended for ourselves. It’s these kind of ‘down days’ that seem to callout for staying in bed and hiding under the covers. Or cheating on our diets. Or picking an argument with a loved one. Or telling our boss off. Or giving up completely.

Again, this can all be likened to the life of a Zombie.

After all, it’s not any easier to reach a lofty life goal than it is to dig yourself out of a grave — not to mention move across a large field fast enough to catch up with someone who has two working legs and can likely run faster than you can stumble. Think about it… Neither we nor the zombie totally knows exactly what he or she is doing. And yet the Zombie just continues to stumble forward, sure that his or her goal will be worth it. In other words, zombies never give up. And this is something we can definitely take a cue from — whether wanting to reach our goal mindset, goal weight, goal promotion, goal marriage or goal whatever.

Just as a Zombie is committed to stumbling forward to reach those sought-after brains — even when being shot at, attacked or even pulled apart (torn limb from limb, for crying out loud) — we can do the same when approaching our goals.

So this Halloween, whenever you happen to see a Zombie on TV, in a movie or at a costume party (hopefully as opposed to seeing a real one that’s sizing you up like a Thanksgiving dinner), take a moment to acknowledge that you have something in common with the walking dead. And, of course, if you dohappen to see a real zombie, run (don’t stumble) the other way. After all, we need all of the brains that we can hold onto. Besides, the run will potentially do your heart — and spirit — some good.

Tags: diet, Energizer Bunny, GPS For The Soul, gps-soul, gregg mcbride, halloween, health, mental health, positive thinking, the walking dead, video, zombie apocalypse, zombies
This entry was posted on Wednesday, October 24th, 2012 at 9:27 am and is filed under Mood. You can follow any responses to this entry through the RSS 2.0 feed. You can leave a response, or trackback from your own site.