Where does real help come from? 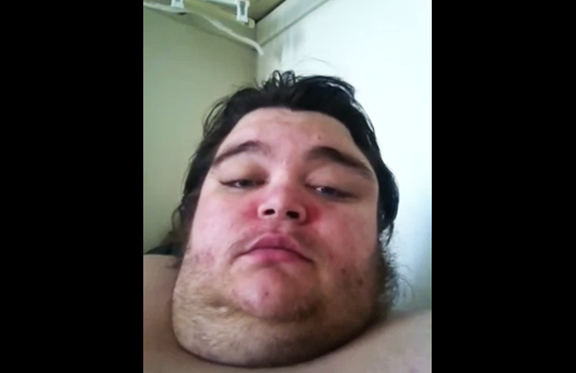 By now, many of you have likely seen at least a clip of the YouTube video posted by Robert, a 23-year old man who weighs over 600 pounds and says he made the video in hopes that it will go viral and that he can get some help to lose weight. At one point during the video, Robert lists the kind of help he’d like to receive: “Nutritionist, personal trainer, Dr. Phil, Biggest Loser, anything — anybody you know” in hopes that “Eventually someone will see [this video] and maybe then I can get some help.”

As someone who once tipped the scales at over 450 pounds, I feel deeply for Robert — and I can relate to not only his desperation, but also to his labored breathing as he tries to get his message across. And much like Robert, I remember a time when I felt like the answer — the help — needed to come from some outside source that was beyond my reach. In fact, from when I first started gaining weight during the first grade, to when my electronic scale would register only “ERR” (short for ‘Error’) when my weight spiraled past 450 pounds post college, I continually looked for answers on the outside. Yet not unlike Dorothy in “The Wizard of Oz,” the real help — the real solution — came when I realized that the answers had been inside me (and within my grasp) all along.

Until someone is really ready to face the hard facts and the challenging work that losing excess weight requires, no amount of outside help can really do the trick. And this is because there are no tricks. And believe me, I’ve tried most of the so-called quick fixes. As I continued to fail and continued to gain weight, I’d always blame these attempted solutions. “Nothing’s working,” I would proclaim to anyone who would listen — usually while I was downing a whole package of cookies or eating a meal that surely equated to a serving size for 4.

If it seems like I’m dispensing a little tough love for Robert, I am. That’s because sometimes tough love is the best — and most useful — kind of love. Those people who might pity Robert or think his plight different from anyone else who wants to get healthier is more inline with an enabler, rather than a motivator. The ways to lose weight are actually pretty simple: Eat less. Eat healthy. Move more. Add drinking enough water, getting plenty of sleep and lots of positive self-talk to the regimen and you’ve got a winning combination of “Help” that can transform anyone’s life — even Robert’s.

I shudder to think where Robert could end up. While he might be a good grab for TV ratings, unless he makes a real decision to do it himself (no matter what diet program he chooses), he might never know true success. Add to that, quick fixes often result in quick re-gaining of the weight. Taking off and keeping off the weight require constant work. And as with any great success, much of the work must come from within.

Upon seeing Robert’s video, The Today Show’s diet and nutrition expert, Joy Bauer, posted some terrific tips. Joy’s suggestions are as simple as they are brilliant: 1. Start walking — every day. 2. Cut your portions in half. 3. Wipe out liquid calories. It’s possible that at first pass, Robert might be put off by the simplicity of Joy’s help. And yet that’s the beauty of getting healthy (and well). It’s not rocket science. We know what works. It all comes down to wanting it enough to commit to it. And no, it’s not going to be easy. But it is going to be worth it.

Robert’s plight serves as a good reminder for the rest of us. What is it we’ve convinced ourselves we can’t accomplish or what goal is it that we tell ourselves we can’t we reach because we don’t have the “Help” that we see as missing? Sure, there are many different ways that outside help can enhance our lives and assist us in reaching our goals (health related or otherwise). But we’ve got to not only be open to help, but open to committing to it — not to mention committing to finding the strength that’s waiting inside us, ready to be tapped and ready to help us be the very best that we can be.

Here’s hoping that Robert finds what he’s looking for — and that he realizes the real help he’s asking for has been within his grasp all along.

Tags: 600 pounds, eat healthy, eat less, exercise more, Joy Bauer, nothing's working, Robert, the wizard of oz, today show, YouTube video
This entry was posted on Monday, March 12th, 2012 at 9:23 am and is filed under Mood. You can follow any responses to this entry through the RSS 2.0 feed. You can leave a response, or trackback from your own site.

5 Responses to “Where does real help come from?”